Members across all of Europe

Satisfaction from the 1st booking

Movements carried out on our platform

Trips proposed throughout the whole of Europe

Created in 2012 by brothers Alexandre and Geoffroy Lambert in France, DriiveMe is the first vehicle movement service proposing vehicle hire for £1 with a win-win solution for both the private individual and the vehicle owner. In order to balance their fleet of vehicles, car rental companies need to move thousands of vehicles every year.

To optimise these movements, DriiveMe proposes to move their cars using private individuals in the form of a £1 one way rental.
The launch in 2017 on the European market, starting with Spain and Portugal, was piloted by Constantin Lambert, 3rd brother of the family. In 2018 the expansion into the UK was led by London-based cousin, Trevor Lambert.

DriiveMe is today also developing its platform for the UK market with cousin Trevor Lambert at the helm, further continuing the family success story. 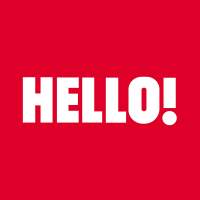 9 romantic things to do for Valentine's Day in London. Head on a roadtrip with DriiveMe

How you can hire a car in the UK for just £1! The new firm that's found a clever way of offering cut-price deals

Take a road trip south of border for just £1

£1 car rentals launched from Devon to London and Birmingham

£1 car rentals launched from South Wales to London and Birmingham

Take a road trip south of border for just £1

Have you heard of DriiveMe?

Pound had its strong points

How to Get a Rental Car in Europe for Less Than $2 ?

That £1 includes the cost of hire, fully comprehensive insurance, and a full 24 hours for you to get the car where it needs to be.

It has recently launched in Spain and went live in the UK on Monday, with £1 routes from Edinburgh and Glasgow to Manchester Airport or London Heathrow – and more to be announced soon.

DriiveMe is a rental service that is already popular in France, offering customers car hire for just €1.